Can you lower your risk of Alzheimer’s disease?

Dementia is the primary cause of disability in older adults in the United States and is affecting a staggering amount of the global population. Over 50 million are currently diagnosed and its worldwide grasp is projected to nearly triple by 2050. Alzheimer’s disease is responsible for up to 70% of those dementia cases. While the realization of these projections would be catastrophic, there is much that we can do to change the tide and lower individual risk of Alzheimer’s disease.

Two recently published studies show that you may be able to minimize your risk of Alzheimer’s disease – and starting is not as complicated as you might think. A study from the American Academy of Neurology has shown that implementing a handful of healthy lifestyle factors was linked to a dramatic 60% reduction in risk. If you’re on the fence about whether or not it’s worth dedicating your time and energy to this effort, below are a few things to consider.

The key lifestyle factors that showed reduced risk scores for Alzheimer’s disease in the American Academy of Neurology study include: 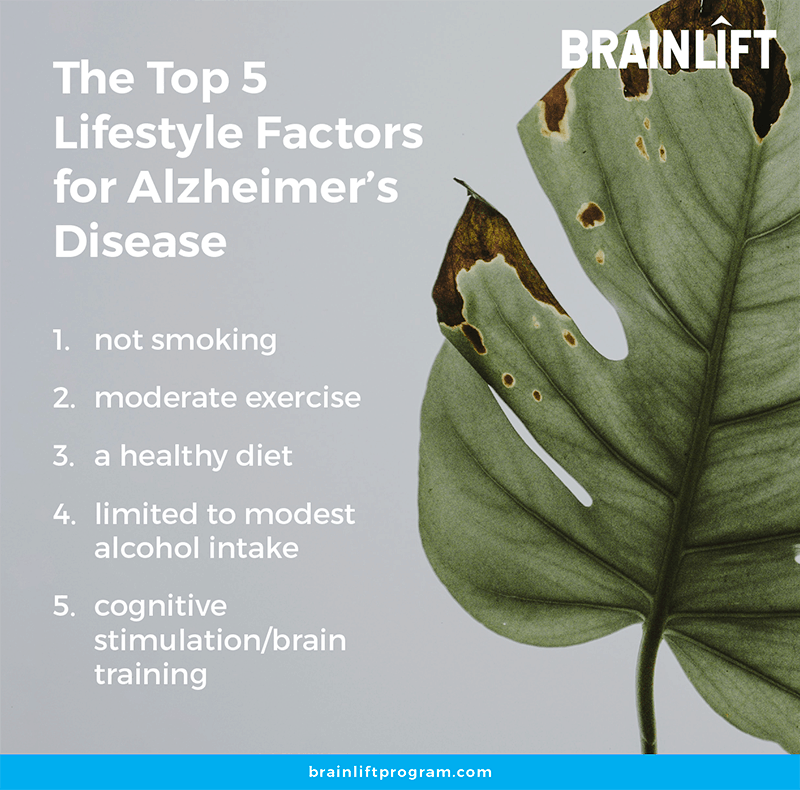 A 2019 study also demonstrated promise in reducing the risk of Alzheimer’s disease through utilizing precision medicine through medically-directed, personalized programs to implement lifestyle changes. This study involved participants who had Mild Cognitive Impairment (MCI) or were considered “at-risk” and each participant was provided a personalized lifestyle program.

Those who followed their personalized program at least 60% of the time achieved the highest cognitive test scores and biological markers, but even the lower compliance participants still outperformed members of the study who were not utilizing a medically-directed lifestyle overhaul.

This gives us great hope that with precision medicine and some personal motivation it may be possible to lower individual risk scores when it comes to Alzheimer’s disease. We’ve all heard the saying that “practice makes perfect”, but this study wasn’t highlighting perfect. It showed that simply trying can bring measurable advances! Let’s remove the seemingly unattainable ideal of perfection and replace it with practice = improvement.

*Note: Participants with low/no compliance did no better than the control group (at-risk individuals with no medical or lifestyle intervention).

Become Invested in your Brain Health

It is critical to make small lifestyle improvements a priority right now – especially if you already know that you fall under the “at-risk” umbrella because you have a family history of Alzheimer’s, genetic predisposition, or cognitive decline.

Major lifestyle changes may sound daunting, but when broken down and simplified, they’ll be much easier for you to apply. Take note of any positive changes you feel in your mind and body as a result – use those as a catalyst to take control and shape your future.

Implementing and forming new habits comes down to consistency – little by little, step by step, you’ll be on your way to creating a lifestyle that supports superior cognitive health. Remember, there’s no better place to spend your time and energy, YOU are your most valuable investment.

Teresa Phillips writes about health and lifestyle. With a background in investments and financial planning, she brings an important perspective to working towards a vibrant retirement. Her personal battle with autoimmunity fueled a major lifestyle change that informs her health research and writing. She loves mountain adventures with her family and her 8-year old daughter just reached her goal to hike 100 miles in 3 months.

© 2022 Brainlift. All Rights Reserved, Your Own Healthy, LLC.